Increasingly, atheists are being asked: “Why are you so angry?”

It’s not that difficult to explain. A few days ago, I read the heart-breaking report of adorable little 3-years-old Victoria Wilcher, who a few weeks ago was attacked by three pitbulls. The attack broke her upper and lower jaws, nose, cheek bones, and right eye socket. Victoria completely lost her right eye. Last week, on the way back from a doctor’s appointment, Victoria and her grandmother stopped at a KFC to eat.

They were asked to leave because Victoria’s injuries upset the other customers. 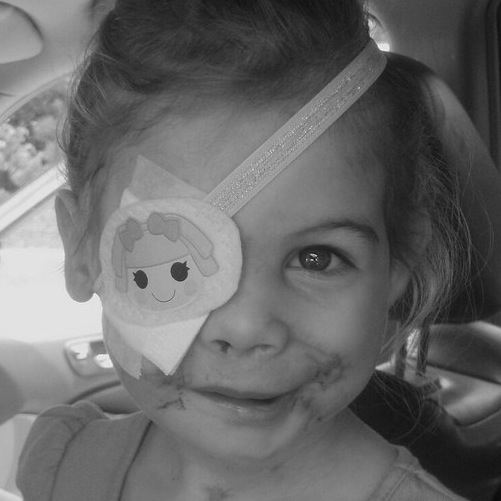 If you now feel shock and anger, you are not alone. Few people would not get angry when learning about such cruel, hurtful treatment. Rightly so. Little Victoria deserves better, and that is obvious to most.

So why am I telling you this? Because that is exactly how atheists feel about a lot of other things that are happening around the world. Yes, many atheists are angry. But we are not angry at how we are being treated – in most countries, we now can take care of ourselves. Nor are we angry because some god or fairy betrayed us. We are angry at the cruel, hurtful way religious people treat other (mostly) religious people: When women are treated as if they were dreck; when homosexuals are humiliated and killed for being what they are; when religious people callously deny help, or feel they are entitled to tell others what they may, or may not do; when religious people intentionally injure or kill other people.

Unlike the perpetrators and their religious peers, we feel the hurt, anguish and pain inflicted upon helpless individuals, and we are angry at those who inflict it; we are outraged at the ‘justifications’ that believers proffer for their actions: that a god wants it so.

In 2005, a newspaper published 12 cartoons that depicted Mohammed (the Prophet) in various vaguely satirical ways. As a result, fanatical Muslims around the world became so enraged that their riots left some 200 people dead, embassies burnt down, and churches destroyed.

In 2014, Islamist Fundamentalist group Boko Haram (which roughly translates to ‘the western ways are sinful’) kidnapped 230 Nigerian school girls to sell them as sex slaves. Their justification? Abubakar Shekau, Boko Haram’s Leader said in a video message: “Allah commands me [to sell the girls]”.

This is no idle question.

It certainly seems that fanatical Muslims believe it is a worse crime to draw a a caricature of a mythical person than raping 230 children. Now, I don’t want these people to go out, riot, and kill another 200 humans just to set the record straight – but can’t the fundamentalists at least show some indignation at this terrible crime? And if not at the crime itself, then at least at the (hopefully) blasphemous claim that Allah condones sex slavery?