Germany is a normal European country, with a population of some 80 million citizen. The Germans have a reputation of being highly organized, and that they keep meticulous records of almost everything. Statistics on anything are published on a daily basis. Most are completely uninteresting to me, but one caught my eye.

Germany’s Federal Ministry of the Interior – among many other things – gathers and publishes statistics about weapons use by their police force. And these numbers are interesting:

In all of 2011, a total of 85 bullets were fired in the line of duty by the entirety of Germany’s Police force. Of these, 49 were fired as warning shots. The remaining were aimed and fired at people, resulting in 15 injured persons, and six fatalities. The year before seven people got themselves killed by police bullets, with 37 shots being aimed and fired intentionally.

These figures are interesting in comparison with the US, where no such statistics are kept. But it would be safe to say that there are significantly more weapon discharges there: in a single incident in LA, police discharged in excess of 90 shots, a few weeks later in another incident in NY, 87 aimed shots were fired.

Some may say that in defense of the US, the German Police does not have to deal with a gun-crazed population.

Which is entirely my point. I’m not criticizing US police.

Who in their right mind – outside the US – has their 9 years-old girl train with automatic weapons? Is there anyone in Europe who wouldn’t be left speechless in horror when looking at the following advertisement: 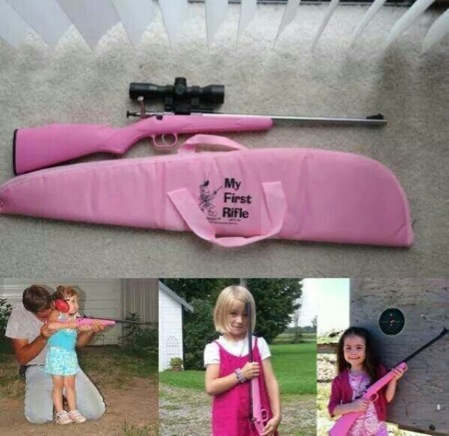 In related news, the NRA offered to assist german police instructors in gun training; 21 hits out of 36 rounds fired, they say, are a bad average that must be improved.